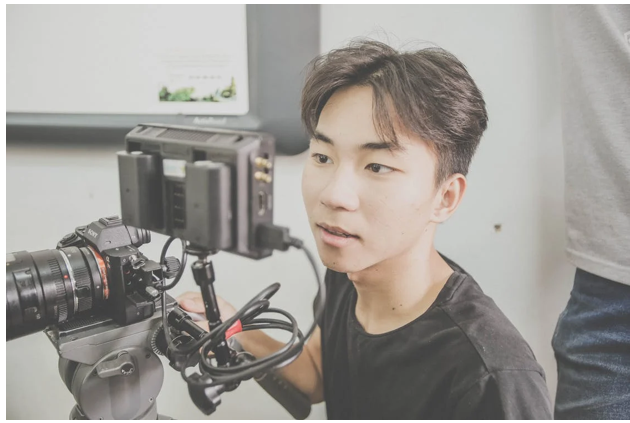 Photo by Huy Proshoot on Pexels

We just can’t get enough of the allure of moving images, with screens absorbing our lives like never before and the digital world giving rise to an ever-increasing demand for professional television producers. If you are a TV enthusiast looking to dig deep into how television shows are conceived, produced, and distributed in today’s digital-first world, you might be interested in a bachelor’s degree in television production.

To start a career in the television industry, you’ll need to hone a wide range of skills such as sound recording and TV writing. We’ve compiled a list of the best bachelor degrees in television production for 2023 to help you navigate the hustle.

A leading provider of top-notch television training for over 40 years, Ravensbourne University London’s television production degree will equip you with the necessary knowledge to rise and shine with a stellar career in the television industry. If you’re looking to immerse yourself in the making of multi-platform TV shows and the production of digital content, you should give this one-of-a-kind degree a try. Be sure to consult letsgradeit.com to boost your academic writing skills before applying; writing will be a major part of your curriculum, so the selection committee will make sure you possess a feel for the written word.

Whether you’re looking to produce your own TV shows across a wide range of genres, learn to broadcast live, or create top-notch TV content- Ravensbourne has got all the answers. The college’s television production degree is designed to prepare you for any imaginable career in television production.

Mercy college’s media studies program on radio and TV production adopts a rigorous curriculum to nurture creative, technical, and communication skills needed to succeed in the modern media world. Featuring state-of-the-art technologies, Mercy college can equip you with all the necessary tools to prepare for the challenging TV production marketplace. Aiming to hone creativity and out-of-the-box thinking, Mercy college’s team work hard to facilitate a constant exchange of ideas and group work to ensure every student has a voice and learns from peers. Upon finishing your studies, you could become a technical director, producer, stage manager, or audio mixer, to name just a few.

University of Westminster’s television production BA is designed with just the right blend of theory and practice to turn you into a true industry professional. The production of documentary and entertainment shows, critical analysis, and scriptwriting – you name it! Westminster’s top-notch academic programs are sure to turn you into a forward-thinking media practitioner. So leave your bad habits like watching TV while eating aside and use all your energy to nail the application for this marvelous opportunity. Westminster’s graduates have won world-class awards and gone on to work at Disney, BBC, IMG, and more.

Queen’s University’s superb bachelor’s degree in broadcast production is an excellent choice for anyone looking to study program making for traditional and online broadcast, journalism, and more. This degree is intended to introduce you to the fullest possible experience of modern-day broadcasting, helping you hone creative and practical skills to impress any employer. What’s more, the college encourages students to build up a robust portfolio of work to share with potential employers, as well as an online channel to showcase their best work.

Television has long been a staple of modern culture. No other medium has had such a profound impact on the way we live and think. By studying a television production degree, you can nurture a wide range of skills increasingly sought after by modern employers. Working in the sphere of media is an unmistakable strategy to prosper in today’s world increasingly reliant on digital technologies and media texts.

Be sure to research the best universities that offer outstanding television production courses to spend your Bachelor years in the right atmosphere that values creativity and value-creation.

Michael Carr is a student advisor and blogger. He cherishes his time with the students, helping them tackle mental distress and make the most of their college years. In his spare time, Michael writes educational blog posts on topics as varied as education, technology, fashion, and arts.