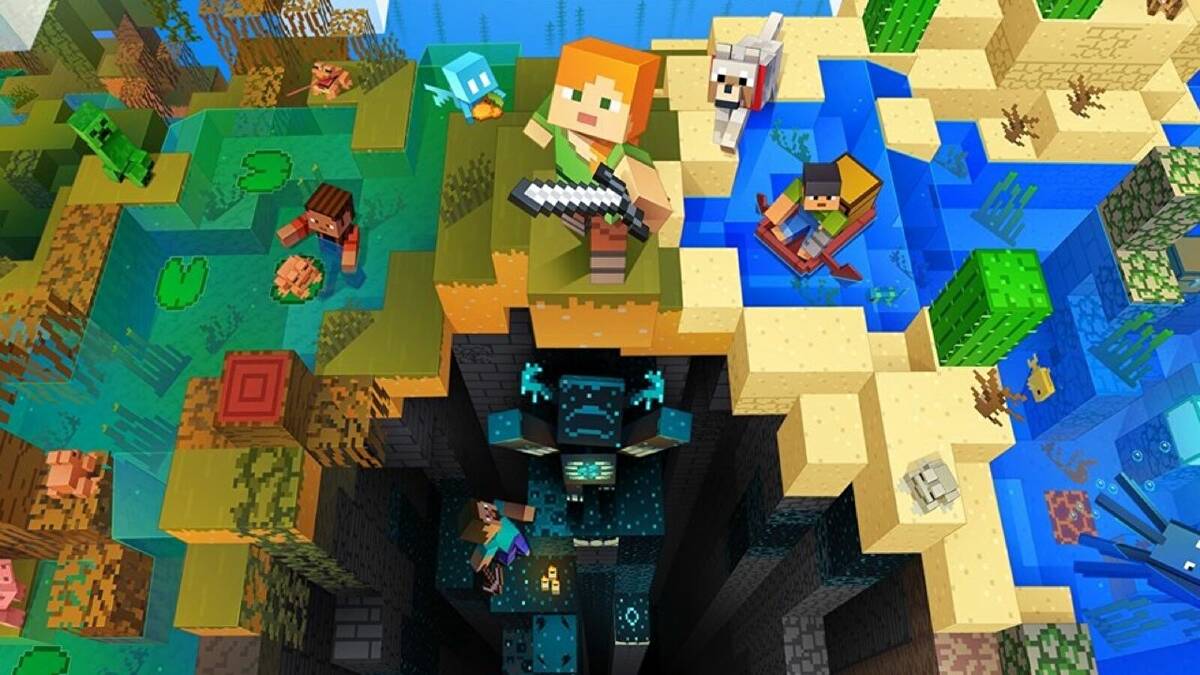 What is the best selling video game in history? Some might think of Mario or GTA but… it’s not! Here is a complete and updated list (2022).

Minecraft dates back to 2009 and quickly became a huge hit that Microsoft bought at a high price. It’s a winning bet: it’s the best-selling game of all time.

In short, beyond Minecraft, who managed to get the highest places in this top selling games in the world? We bet you’ll be surprised by some of the names below…

If you follow video games a little bit, you must have heard of at least 4 or 5 names on the list. Minecraft is the leader for sure, but GTA 5 is also very well placed. The year 2020 was the year when everyone was asked to stay home because of the virus, and it’s no surprise that Steam blew all its records, even making its servers bend to the demand.

In short, beyond Minecraft, who managed to get the highest places in this top selling games in the world? We bet you’ll be surprised by some of the names below…

In the other places of the ranking, we find 2 Mario games with Super Mario Bros and Mario Kart Wii. A little bit of Tetris too, which is now available on almost every platform, as well as Battle Royale… but it’s not Warzone which, although free, is losing its audience more and more.

We are now waiting for Red Dead 3 but Rockstar seems to have left the franchise aside, if we believe the lack of novelties in Red Dead Online!

With a single player appreciated by all and a multiplayer mode that has difficulty in releasing real new content (it is launched in standalone at 5 euros in 2021), Red Dead 2 is a total hit and has sold, as of February 1st, 2021, nearly 36 million copies!

The official Nintendo website counts the sales at more than 37 million copies. It is estimated that at least 20,000 more games were distributed, bringing the total to a nice total that places the little kart game at the 9th place of this top.

Very good performance for this game exclusive to PC players via Steam and which launched many careers in eSports. It was one of the first games to capitalize on this competitive multiplayer dimension.

This is the “OG”, the Original Game that was a real hit before Super Mario Bros. Ultimate on Switch. And that old version sold more than 40 million copies, a number that doesn’t reflect its reign or its symbolism.

Indeed, it is considered that Super Mario Bros. is the one that started the home console craze, at a time when video games were still very uncommon.

The consecration for this Mario Kart 8, for a long time remained in 7th place of this top. But with the success of the Switch, the game has gained a place by reaching 41 million people!

It is the one that started the casual Battle Royale trend and although in 2021 it is still riddled with bugs and unforgivable problems for its price, PuBG has reached between 50 and 70 million players!

Today, PuBG has fallen into oblivion but still managed to get a 5th place in the top of the best selling games in the world.

That’s almost the 83 million copies sold for this little game that everyone has heard about. Quite simply, this amazing total is not due to a huge interest from players wanting to play sports at home, but because Wii Sport was sold as a bundle with the Wii, a console that has sold about 100 million copies.

The latest official figures, as of May 2022, show 165 million copies sold… which is dangerously close to 2nd place! Between March and May 2022 alone, more than 5 million GTA 5 copies were sold again, thanks to the new PS5 version in particular!

2. Tetris and its 170 million copies sold

Tetris has a colossal advantage over its other competitors on this list: it is a franchise. No Tetris 1, then Tetris 2 and finally a Tetris 3 with possibly a reboot/remaster after all that. No no, Tetris is a single game that will visit all the new platforms as soon as they are released.

Playstation, Xbox, mobile… Tetris is everywhere and has sold over 170 million copies in total. It is now accessible almost everywhere for free (or almost) so that number should never increase too much.

1. Minecraft and its 238 million copies sold

Nice performance for the game of Mojang Studios that really did not expect such a success. Today, Minecraft is the best-selling game in the world with more than 200 million copies (in 2020) and despite a certain slowdown, it’s still 24 million more than in 2019!