Obsession with Bitcoin | The Psychology of Cryptocurrencies 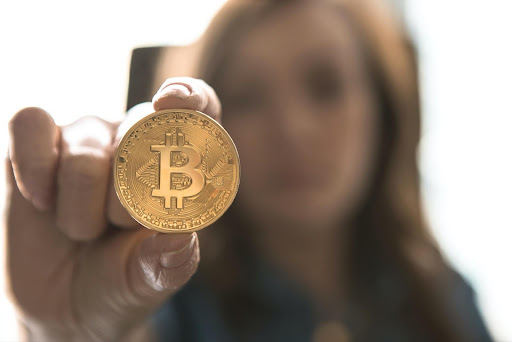 As if it were a series, the Bitcoin obsession is back. As if it had just premiered a new season that everyone (at least in stock market circles) is talking about.

The truth is that in the last few weeks, this cryptocurrency had long been monopolizing much of the conversation in social networks or forums like Reddit, after the acceleration (and subsequent fall) that it registered at the beginning of 2021.

The curve of its share price reached a vertical rise of up to 14%, which led it to set new all-time highs. Here’s a sneak peek into the psychology of cryptocurrency.

To give you an idea, the last time it experienced a peak of interest of this caliber occurred in December 2017, when the Bitcoin lost more than a quarter of its value in one day, after having reached a (then) record price of almost $20,000 (now, as of March 21, it is at around $41,000).

But it is even financial institutions that have already warned of an almost unprecedented ‘bubble’. JP Morgan went so far as to say (before the Elon Musk chapter) that if, in the long term, the market capitalization were high enough to compete with gold, the price of Bitcoin could reach $146,000.

The reason? The psychology of cryptocurrencies. Billionaire Mark Cuban went so far as to tell Forbes that Bitcoin was more “a religion than a solution to any problem.”

The Power of Social Media

Although Bitcoin and the Bybit trading bot software is getting more attention lately from some more serious investors or financial institutions. It’s still a somewhat subversive concept. So, people who invest, may see themselves as someone who participates in the counterculture.

There is also the power and influence of social media to consider. From celebrities investing in Bitcoin, to the highly engaged community on Twitter, TikTok, and Reddit.

All of this increases the popularity of Bitcoins, while reinforcing and convincing all those who are already in or want to join. “Out of the sudden, there’s a new way of looking at, financing and having your own identity within the financial environment,” explains Lana Swartz, who’s an assistant professor of media studies at the University of Virginia.

Several investors have even compared buying Bitcoins to going to Las Vegas. Warren Buffet has been one of the most critical of this cryptocurrency, which he claims is “basically worthless” and has even compared it to gambling.

But it is precisely that excitement with gambling that makes some people enjoy it, tells CNBC, Dholakia, who studies consumer financial decision making.

Constantly checking stock prices is an activity that could be quite tedious. However, this is not the case with Bitcoin, as it is something “that you constantly have things happening,” says Tom Meyvis, a professor of marketing.

The new generations that grew up with social media and video games have a greater need for instant gratification, along with abrupt and quick changes. Therefore, high risk and high-rewards are the essential part of the investments that attract them to the financial world.

This enthusiasm for Bitcoin among young people illustrates perfectly how they feel excluded from having real assets in the world and generating their own wealth.

What is Behind Cryptocurrencies?

Experience is replete with stock market euphoria, with unstoppable and vigorous rises in the prices of certain things and then falls from the top of the cliff leading to pure ruin.

Bitcoin is not a currency like the dollar, the euro, the yen, or the Swiss franc. It enjoys no backing or guarantees of any kind, nor is it a reserve. It belongs to a virtual atmosphere.

Behind cryptocurrencies there is no central bank, no financial authority, no regulator, no regulations, no guidelines, no rules of prudence, no limits. It is all based on speculative endeavors which, as always, can be successful or can turn out to be tragic.

Periodic real estate crises bring unpleasant experiences. However, and if one acts within a logical framework, tangible assets always remain. The problem is the speculative spirit, the speculative effervescence.

Therefore, knowing how to invest and knowing how to finance oneself is essential. And to be aware that at a given moment, the rising cost wheel will stop and perhaps come crashing down.

Big Names in the Crypto Universe

One thing is crystal clear. Virtual money is gaining ground. The big tech companies are already immersed in this groundbreaking facet. And although cash cannot disappear, or at least that is what we say today and what central banks assert, digital money is knocking on the door.

The European Central Bank is already in the process of launching the digital euro. And the Fed is treading the same ground. And the cash of a lifetime is disappearing from our lives.

We handle less and less cash. Invisible money, which coins invisible spending, those small monthly payments of a few euros that we are charged each month in our bank accounts for enjoying certain services, is gaining ground.

The digital euro will be an investment vehicle that will have the backing and guarantee of the European Central Bank. Although, as is obvious, more digital money means more control of our lives, less freedom of movement and, on the contrary, more cash means that our lives and finances are less controlled.

Anyway, be that as it may, the kids seem more interested in the games and profits of cryptocurrencies than in the structure of the gross domestic product and the monetary policies of central banks.